Tuesdays in The Sanctuary series coming to our church

You've heard the buzz. You've seen the fliers. Watch the short video introduction below from Peter Rinaldi and Lesley Countryman about the exciting new Tuesdays in The Sanctuary series coming to our church. More information about events and future opportunities will be shared via our social media and in our weekly bulletins and email.

Click here for an introductory video to the series.

Rutgers newly upgraded AV system and what that means for you! 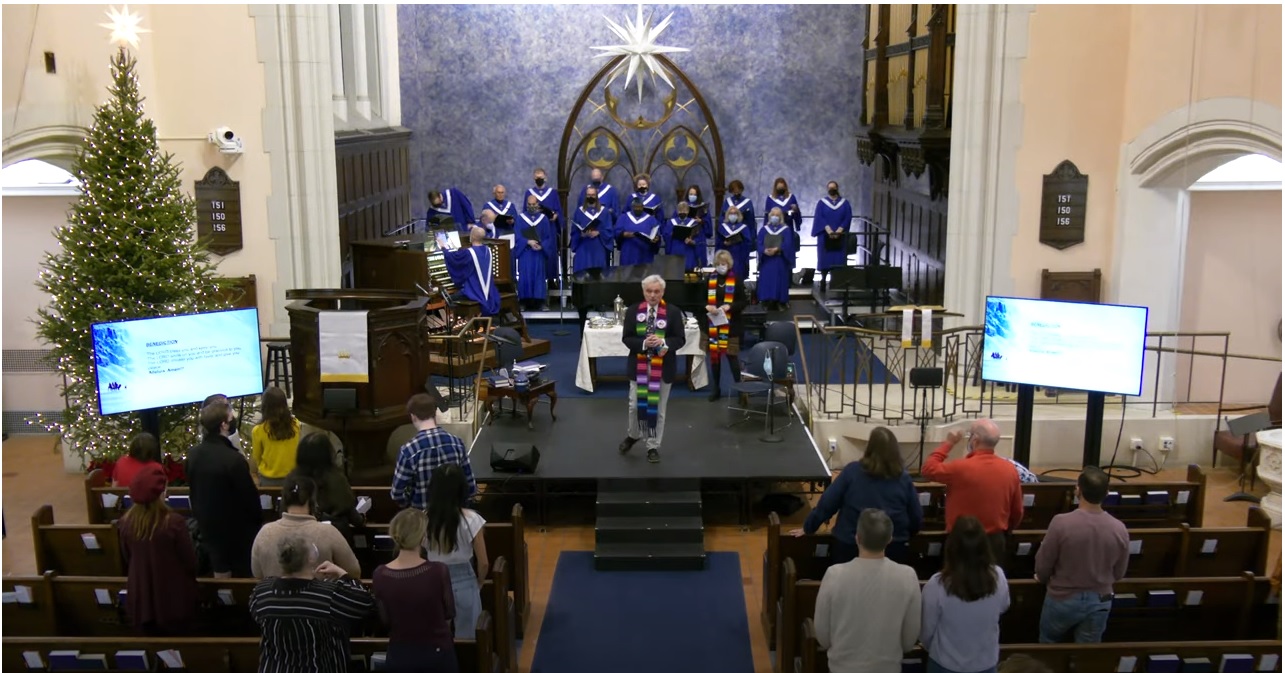 It is with great joy we can announce the completion of our newly renovated Audio Visual System in the sanctuary.

It is with great joy we can announce the completion of our newly renovated Audio Visual System in the sanctuary. This includes upgraded 4K cameras and a revamping of our audio capabilities. With this new system we can also incorporate our Worshippers joning us via our Zoom link into the worship. We also offer the service live via our Youtube Channel. There are many ways to worship with us at Rutgers and we look forward to welcoming you. 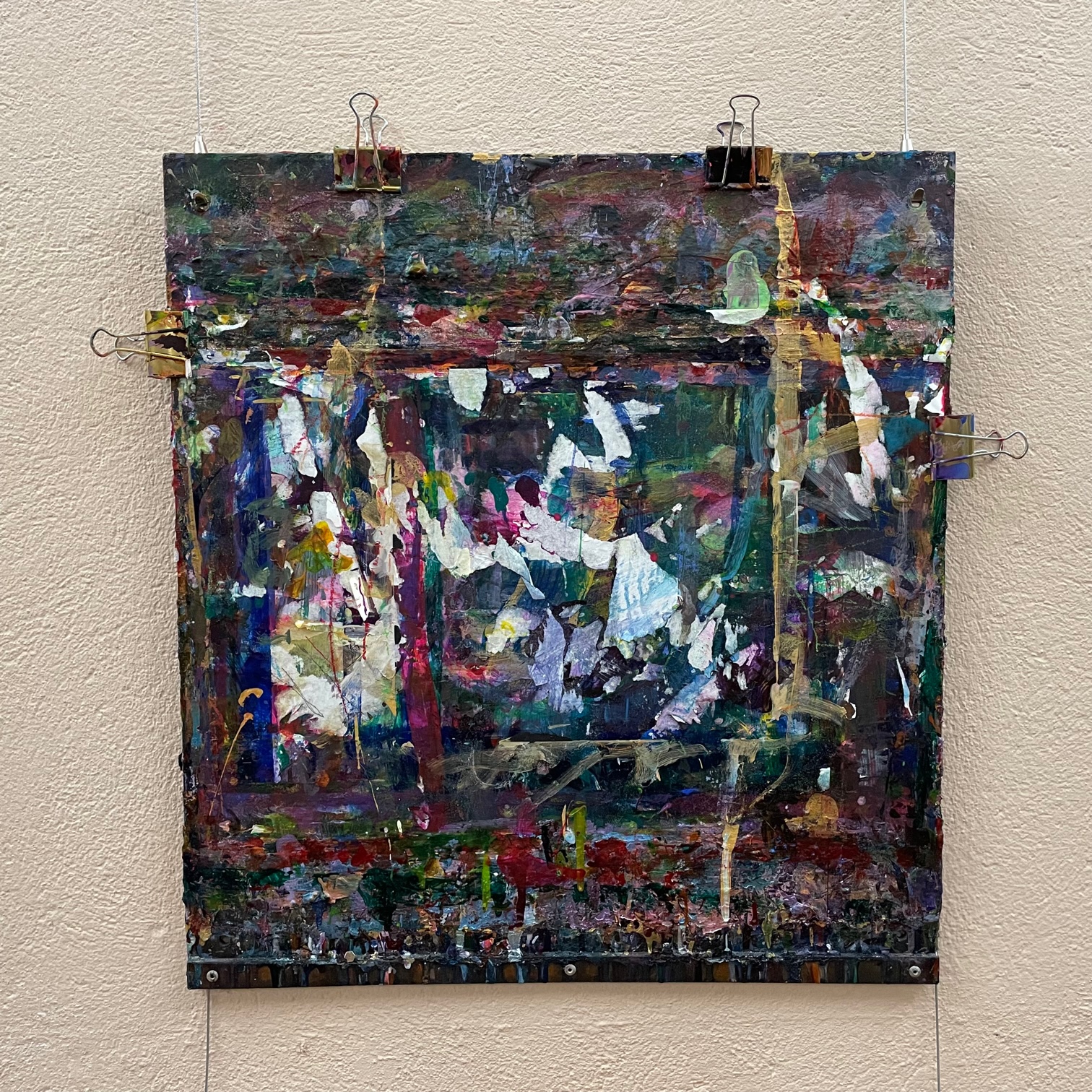 A short video about the art display in our sanctuary - celebrating 28 years of art programs for children at Rutgers Church.

A short video about the art display in our sanctuary - celebrating 28 years of art programs for children at Rutgers Church. 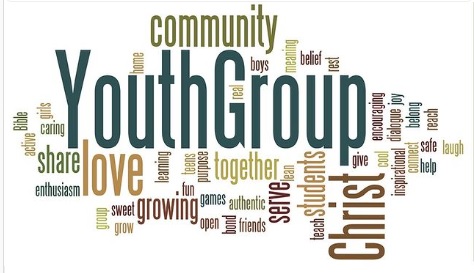 Monthly Youth Group gathering will be at 2pm on the first Sunday of each month - starting on Nov 6. For more information please email rutgerschildren@gmail.com.

Monthly Youth Group gathering will be at 2pm on the first Sunday of each month - starting on Nov 6. For more information please email rutgerschildren@gmail.com.

Youth Group members and families are invited to help out at Thursday Night Meal at 5:15pm on thelast Thursday of each month - starting on Oct 27. 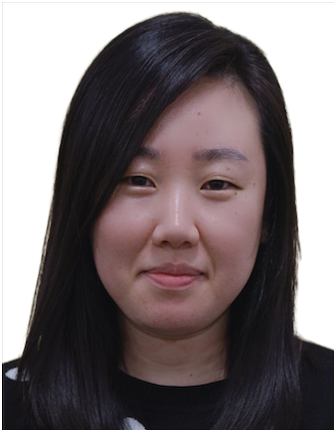 Heelee was born and raised in Busan, South Korea. She majored in Theology in undergrad in Seoul, South Korea, and moved to Princeton, Jew Jersey, in2013 to begin her Master of Divinity and Master of Arts in Christian Education at Princeton Theological Seminary. After completing her Masters in 2018, Heelee began her PhD in Biblical Studies - New Testament - at Princeton Theological Seminary. She just finished her 4th year and is currently taking a leave of absence. Heelee has worked as Christian Educator in various capacities both in South Korea and in the United States since 2008.

A wonderful article about Rutgers employee, Basbibi Kakar and the heroic effortsto get 8 of her family members out of Afghanistan and into Jersey City with the help of Rutgers Church! Certainly a great joy!!

A wonderful article about Rutgers employee, Basbibi Kakar and the heroic effortsto get 8 of her family members out of Afghanistan and into Jersey City with the help of Rutgers Church! Certainly a great joy!!

Welcome Back - In person worship resumes October 17 at 11am

Welcome Back - In person worship resumes October 17 at 11am

We are returning to In Person worship Sunday October 17. All those in attendance please be fully vaccinated with proof of vaccination. We also ask you to remain masked during the service. Services will also continue to be offered via Livestream and Zoom each Sunday. Thank you and See you Sunday at 11:00am!!!

A wonderful article by West Side Spirit on the work of the Refugee Employment Partnership.

Normally, volunteers at the Refugee Employment Partnership — an Upper West Side organization that offers one-on-one mentorship to refugees and asylum-seekers in search of jobs in the city and beyond — aim to set clients up with work that will last or lead to even greater opportunities.

But last year, COVID-19 turned the employment landscape upside down.

“We did a census of our clients that we had placed,” REP’s Founder and Executive Director, Richard Fields, explained, “and, you know, discovered that approximately half of our group either had lost their jobs or were at significant risk of losing their jobs. And all of our people, like most of us, frankly, were scared and disoriented.”

Now, REP volunteers have returned more to business as usual, concentrating primarily on finding work for new, incoming refugees. But the pandemic momentarily reshaped the group’s mission, prompting a focus in 2020 on extra aid in the form of helping refugees secure unemployment benefits and more — and on strengthening partnerships with past clients along the way. Though it was an unusually difficult year for many in the city, refugees have been particularly vulnerable to pandemic-related stress.

Founded in 2017, REP has grown from a collaborative effort between members of synagogue B’nai Jeshurun and Rutgers Presbyterian Church; the organization is non-denominational, but receives financial support from both religious congregations.

The group takes on clients — all of whom are legally able to work in the U.S. after fleeing their home countries due to discrimination, conflict or other threats — referred by resettlement agencies, according to REP Program Administrator David Coleman, the group’s sole employee since 2018. Over a dozen REP volunteers with experience working in hiring positions or as recruiters mentor refugees to help them adjust their resumes, identify suitable jobs and prepare for interviews with prospective employers.

REP has found work for refugees and asylees from nearly 40 countries — many hail from Africa, the Middle East and Eastern Europe. They’ve sought protection in the U.S. for a variety of reasons, including persecution based on gender or sexual orientation, political alignment, religious beliefs and more.

In the few years since its start, REP had been steadily increasing its client load; the group placed 10 people in jobs during its first year, 19 people in jobs in 2018 and 30 in 2019.

Once the pandemic had taken hold over the city, though, REP volunteers had to reimagine their role in assisting the refugee community. “Our mission shifted a bit from this hyper focus on employment,” Coleman explained, “to a broad bundle of social services.”

Still, the group placed 19 refugees — many of whom REP volunteers had worked with before — in jobs over the span of 2020. Fields explained that REP’s clients commonly find employment as apartment building workers, take jobs with software companies or fill positions that require bookkeeping and accounting skills.

Working in “essential industries” during the pandemic is one factor that could heighten refugees’ likelihood of contracting COVID-19, according to the Centers for Disease Control and Prevention (CDC). “Due to social and economic conditions,” information from the CDC reads, “resettled refugees face many of the same challenges that lead to poorer health for some racial and ethnic minority groups in the United States.”

Beyond REP clients’ susceptibility to job loss over the past year, Fields suspects that refugees also may have been disadvantaged by not having had the same support systems — like family or friends to whom they could turn — as more established New Yorkers.

One recent REP client, a refugee from Sri Lanka who requested anonymity for their safety and privacy, first found work in the U.S. as a concierge with help from the group’s volunteers at the end of 2019. In the spring of 2020, they were laid off amid worsening COVID-19 conditions and once again began searching for a job with REP’s assistance.

A year passed before they were employed as a case assistant caring for elderly communities at a nonprofit organization this spring, a job which more closely aligns with their professional background before seeking asylum in the U.S. In the interim, REP helped this refugee apply for unemployment benefits, connected them with a loan and provided them with a laptop. “REP never gave up helping me,” the client said.

Even before the pandemic, REP volunteers would stay in touch with past clients. Ahmed, an asylee from Turkey who initially found work as a digital analytics researcher with REP’s assistance in 2019, shortly after he’d fled his home country in the wake of an attempted coup, explained that the group has supported him “every step of the way.”

Ahmed, who requested that he be identified only by his first name, now works as a financial analyst, a job which REP helped him land at the outset of 2020, before COVID-19 overtook the city. He was joined by his wife and two daughters this spring, a reunion which REP would have celebrated under more normal circumstances.

“Had it not been for COVID,” Coleman said, “I would have probably gone out to the airport, just to be there and see that, because it’s a lovely thing.”

REP is still operating over Zoom, but 2021 is off to a promising start—already, the group has found work for 11 refugees and counting. 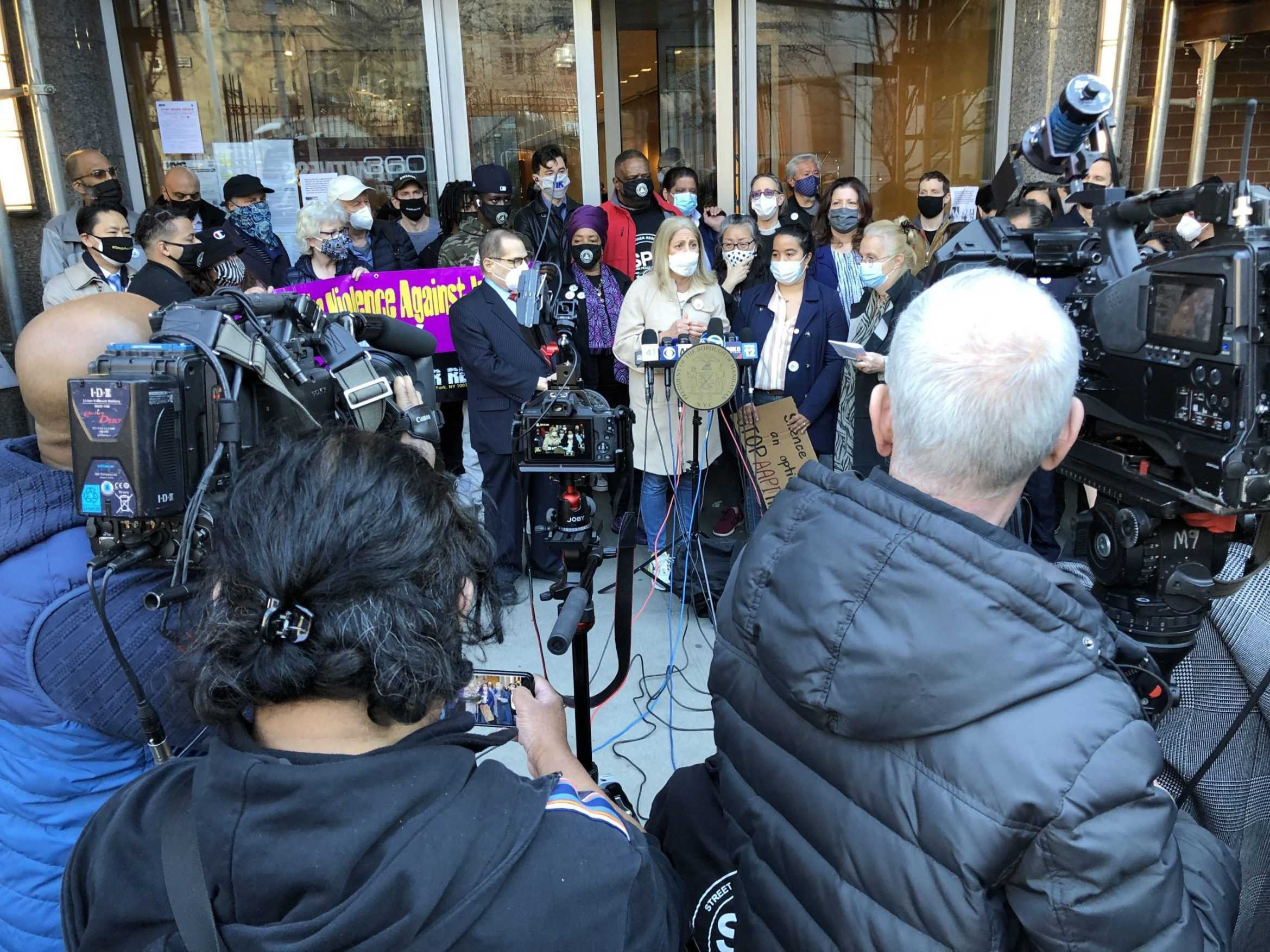 Christine Gorman represented the church, the West 55th Street Block Association and the Hell's Kitchen Neighborhood Coalition at a press conference on March 30 where Manhattan Borough President Gale Brewer and others called for action against violent attacks on Asians and Asian Americans.   Nancy Muirhead recommends an interactive bystander training offered by Hollaback!, adapted for anti-Asian and Asian American racism and xenophobia.  The one hour Zoom workshop is free and offered on several days and times.  More information and registration is available here. https://www.ihollaback.org/bystanderintervention/